Quamvis enim pulcherrimarum clade terrarum, ut populi ut urbes memorabili casu, quasi semper victurus occiderit, quamvis ipse plurima opera et mansura condiderit, multum tamen perpetuitati eius scriptorum tuorum aeternitas addet. -Pliny the Younger
For although he died in the destruction of the loveliest of lands, as whole populations and as cities (did) because of a memorable disaster, it will be as if he lives ever on; although he himself composed works both plentiful and destined to endure, nevertheless the immortality of your written words will add much to his perpetuity.

The last leg of our trip to Italy culminated with us headed south to the Archaeological museum of Naples, and making our way to Pompeii. As I mentioned in a previous post, I was writing my Masters thesis on the goddess Isis. The one temple dedicated to Isis that is in good condition and remains insitu is in Pompeii. The Archaeological Museum of Naples is one of the best in the world, and a lot of the treasures that were discovered at the ruins of Pompeii and Herculaneum are housed there. We decided we would visit there first so when we went to the site, we had a clearer picture of how everything would have looked.

A lot of the frescoes from the temple had been removed and were available to see at the museum. In addition, the museum has a number of beautiful mosaics, including the famous one of Alexander the Great charging into battle.

We took the train to Pompei, it is a small station and the town itself is not that big. I wanted to be as close to the ruins as possible. We stayed at a cute little place called B&B Elena. We stayed in the Mona Lisa room, which has a nice terrace. The host, Elena, was incredibly considerate. She knew I have celiac and had gluten free goodies waiting for me for breakfast. The B&B is a stones throw away from the ruins, which was amazing.

We were going to be there initially for 2 days and then do 1 day in Herculaneum. We decided to change our plans at the last minute. We would stay all 3 days in Pompeii; 2 days at B&B Elena, and the last day at the
B&B Villa Delle Rosa. Our host, Natalia, was very sweet. We arrived around midday and decided to rest up and then make our way into the ruins. When we entered the ruins on the first day, we realized that we were going to have to make a game plan as to how we would maximize our time in the site. The next day, we planned on hiking up Vesuvius in the morning, and then ruins again. Day 3 would be ruins all day!

The ruins are breathtaking and haunting. You walk through the empty streets, imagining what it would have been like on a regular Tuesday. Traders bringing their imports to the market, kids running and playing the street, dogs barking, priests chanting. The silence is deafening when you step back and attempt to think of the fear that these innocent people must have felt with the impending doom that erupted from Vesuvius. The next day, we took a tour bus up the mountain. It was a bit bumpy and nerve-racking. They would bring us up as far as they could where we would disembark and hike the rest of the way up. We were told we had a couple of hours and had to be back at the drop off site.

The main thing when we got back to the ruins was for me to have adequate time to photograph the temple of Isis. We made our way to the temple, and I just melted. It was so amazing to be there in person and to be able to stand where people I was writing about worshipped two thousand years ago. I took about a million pictures and we then ventured on our way. We wanted to see the Forum, Baths, the Brothel, House of the Fawn, and the Villa of Mysteries.

We enjoyed everything about the site and our hike. It is possible that the thing we enjoyed the most, however, was the food we ate in Pompei. There is a restaurant, that looks like a house (because it is quite literally in this family’s home) called Osteria Da Peppino that just gives you life. We only ate here and we often talk about our favorite meal of all time, this almost always wins. Everything can be made gluten free and it tastes so good that I kept asking them (in Italian) “You are sure this is gluten free, right?”. They treat you as if you are family, and the atmosphere is just lovely.
To conclude:
1. If you are in Italy, go to Pompei
2. Go to the ruins and hike Vesuvius
3. Eat all your meals at Osteria da Peppino
4. Go to the Temple of Isis and say hey to my girl for me. 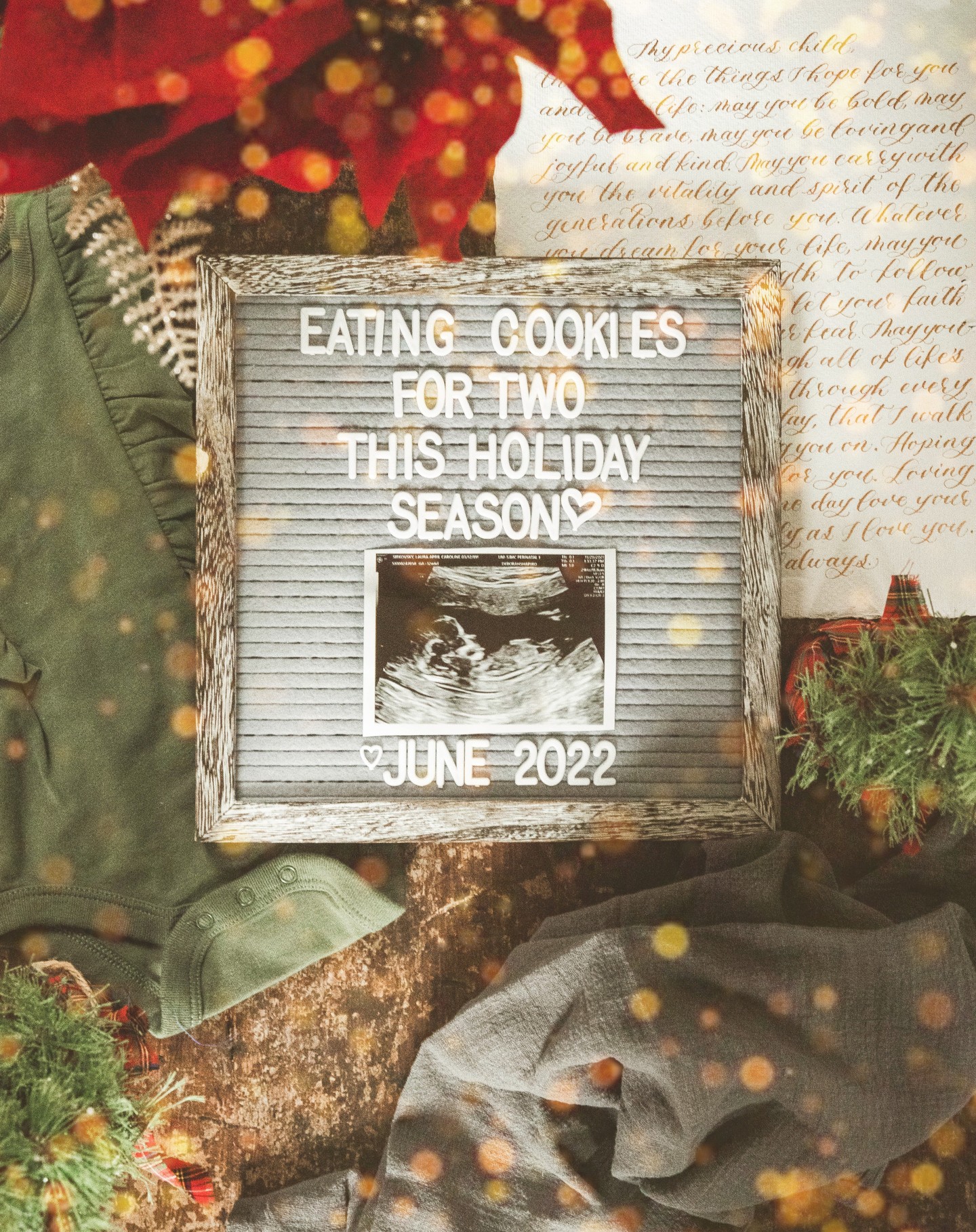 siftrva
•
Follow
Semi in relation to yesterdays post, but, the news is out! If you scroll back a little bit on this page you can read about the fact that in June my husband and I started down the IVF track. We are incredibly lucky in that our first egg retrieval was successful and resulted in 6 very healthy embryos. The first of which has embedded herself very happily into my uterus and will stay there (hopefully!) until her due date in early June. We began our journey for trying to conceive in April of 2018 so this has been a long time coming for us and we are absolutely thrilled and excited. I plan to share updates along the way, and eventually, nursery decorating 🥰 Happy Wednesday, everyone! . . . . . . . . . . . . #infertility #fertility #ivf #ivfjourney #fertilityjourney #ttc #pregnancy #ivfjourney #ttccommunity #fertilityawareness #infertilityawareness #ttcjourney #fertilitytreatment #health #baby #ivfbaby #werepregnant #junebaby #girldad #babygirl
View on Instagram |
1/9 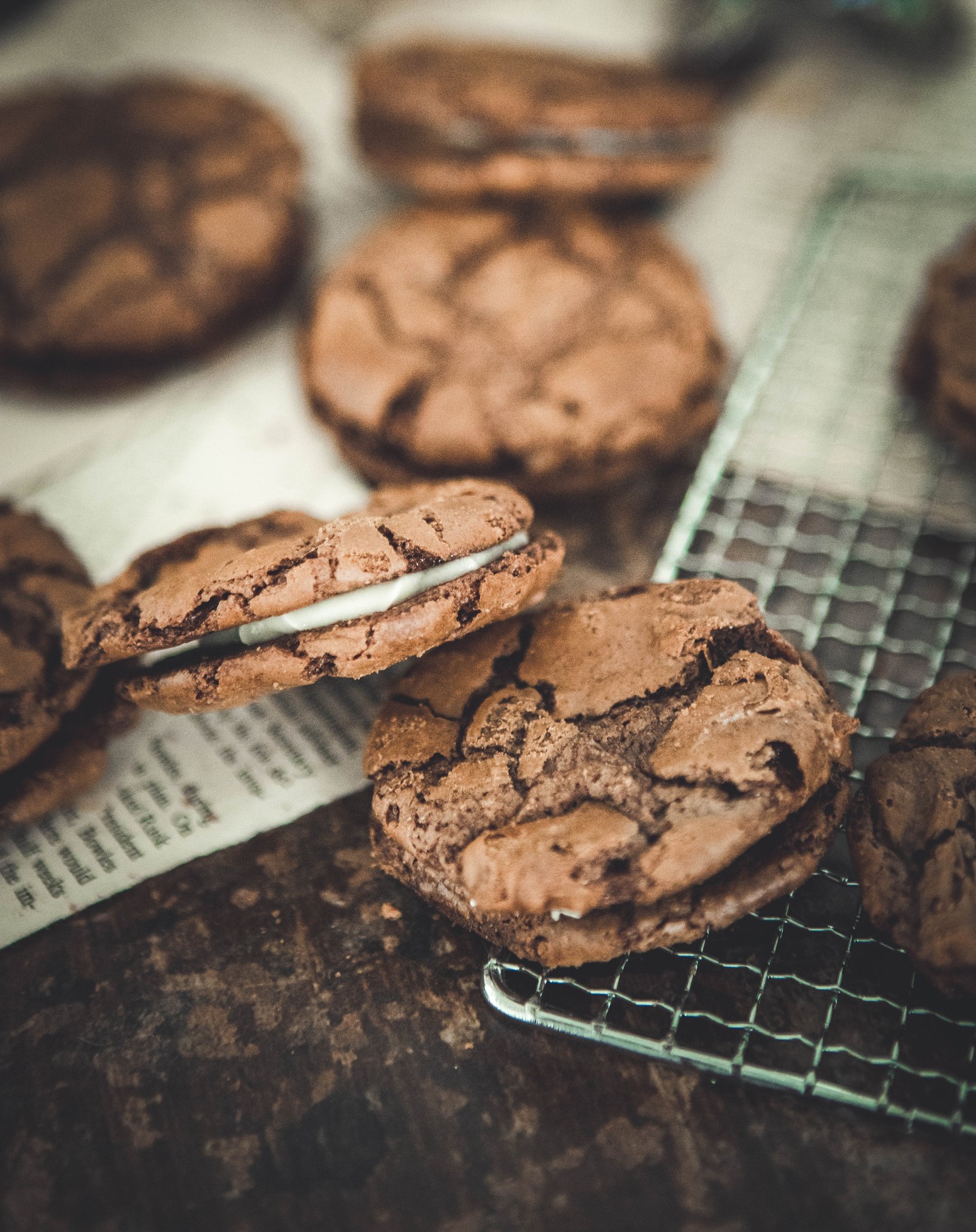 siftrva
•
Follow
We are definitely in cookie season! Things I love about cookies: 1) They are quick and easy to make compared to a lot of other baking. 2) There are so many different varieties. 3) They are the perfect size to place in your pocket and take along with you for a snack. 4) They are delicious. These double chocolate cookies are ready in under 30 minutes (that includes prep, and cleanup). They can be eaten just as a cookie or you can make them into a sandwich cookie by putting a buttercream in the middle. If you want to make it festive, make it a mint flavored one and you are all set for the holidays. You can find the link to this recipe in my bio or in my stories. . . . . . . . . . #siftrva #chocolate #chocolatecookies #glutenfreebaking #thebiteshot #vafoodie #f52community #storyofmytable #bombesquad #feedfeed #f52grams #thebakefeed #bakefromscratch #makemore #beautifulfood #foodphotography #foodforfoodies #shareyourtable #wherewomencreate #foodphotographyandstyling #theartofslowliving #eatrealfood #heresmyfood #imsomartha #pursueyourpassion #mywilliamssonoma #wsbakeclub #foodtographyschool #glutenfree @thebakefeed @thefeedfeed.baking @thefeedfeed @foodtographyschool @surlatable
View on Instagram |
2/9 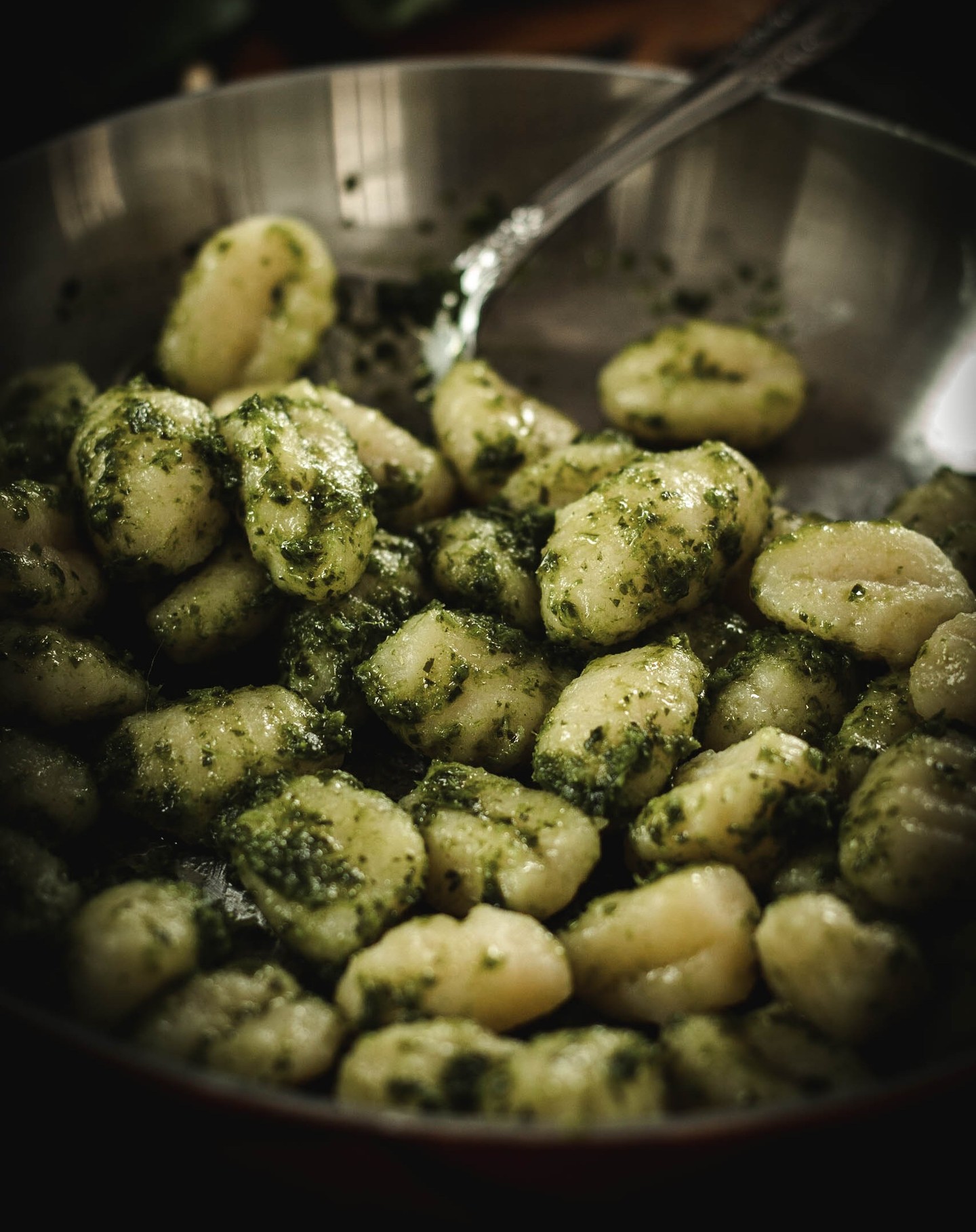 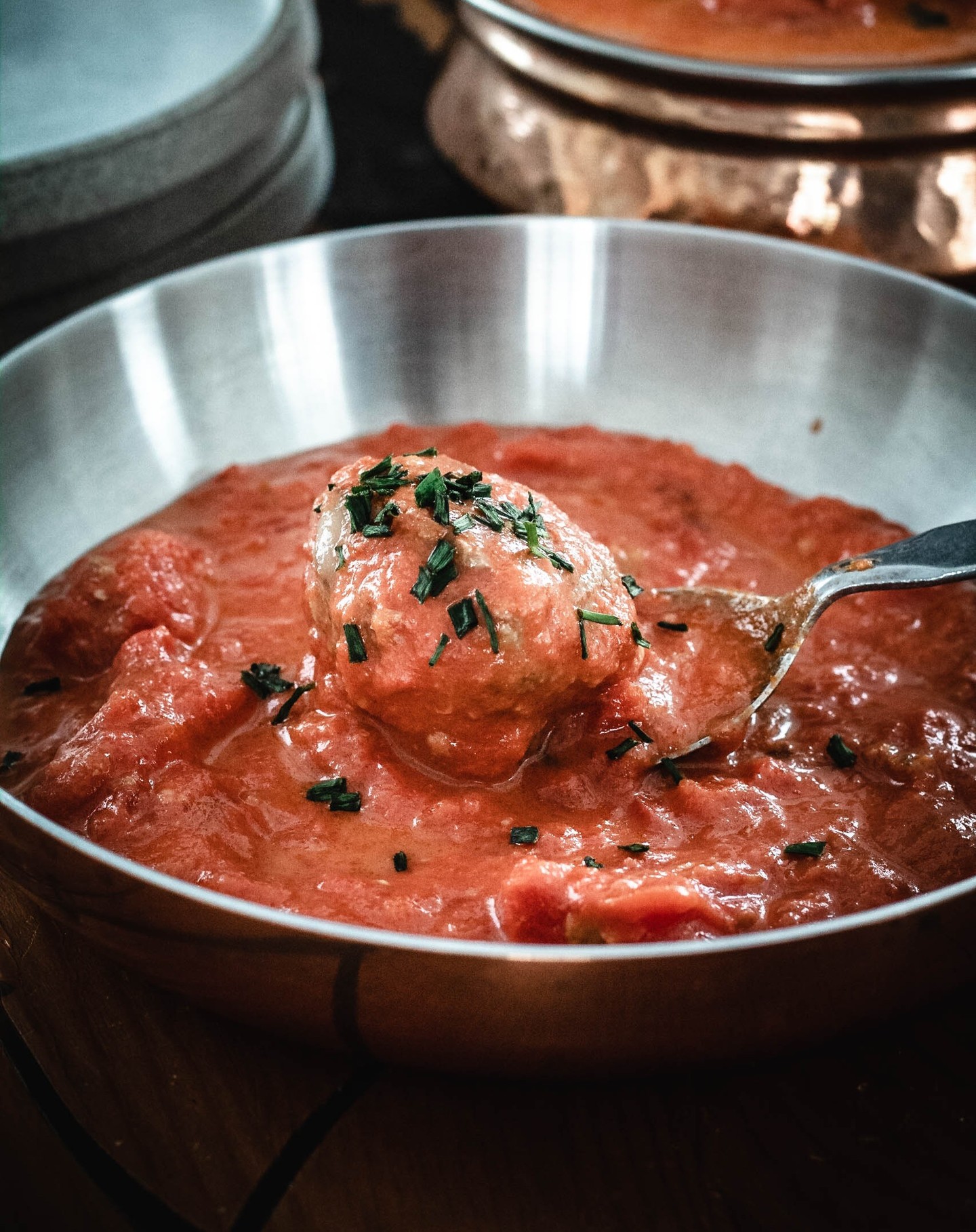 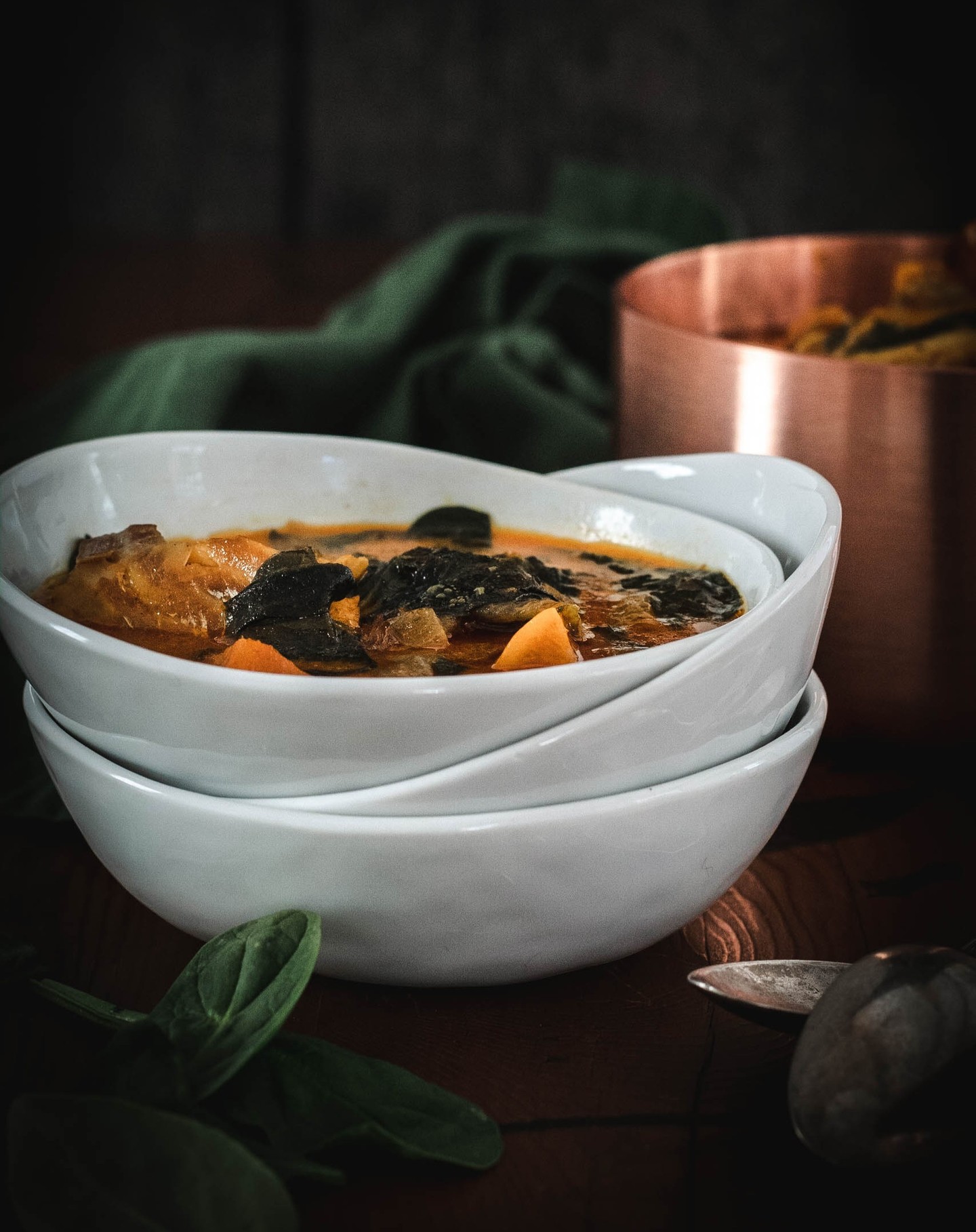 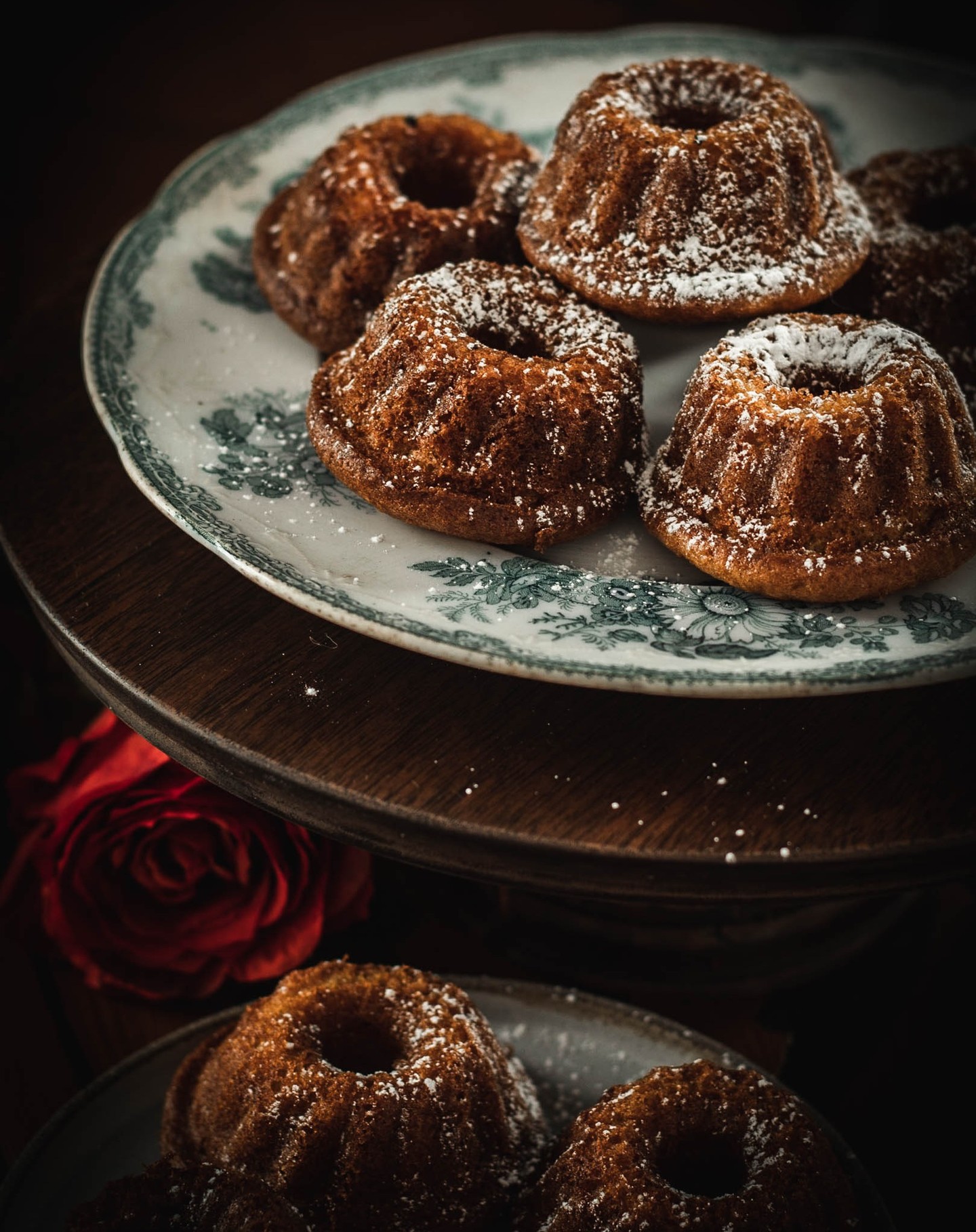 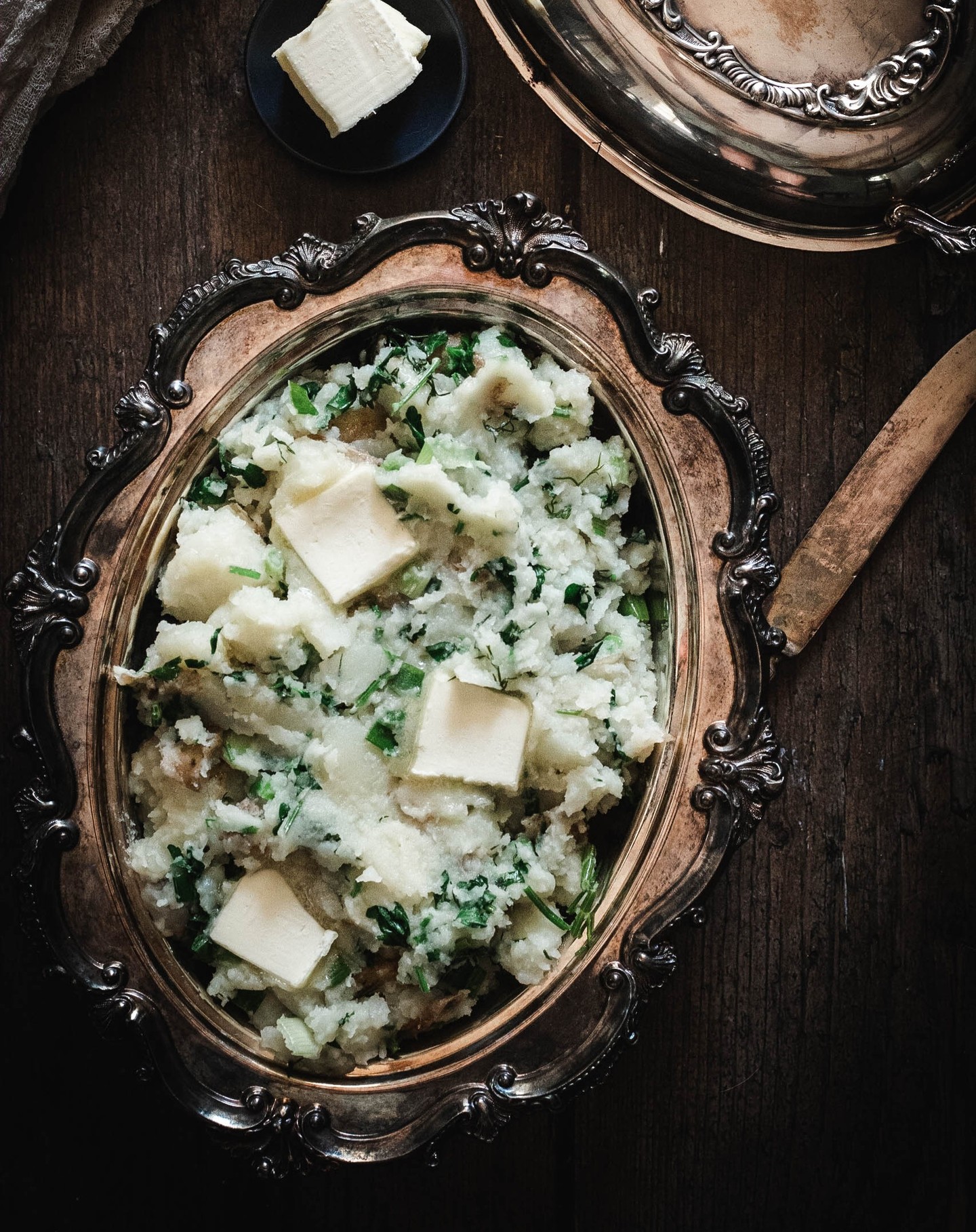 siftrva
•
Follow
Chances are if you live in the US and are either hosting Thanksgiving and or attending Thanksgiving that you have been dreaming about what the menu should be. Most families have their staples. My husband's family has this delicious cornbread casserole which is so amazing, and for my family, it is these herbed potatoes. Packed with green onion, parsley, dill, and butter, they pair beautifully with any protein you have on the table. Best part? They can easily be made vegan and dairy free to accommodate all of your guests! Link to this recipe is in my stories and my profile. Happy Monday! . . . . . . . . . . . . #siftrva #potatoes #thanksgivingprep #glutenfreebaking #thebiteshot #thanksgiving #f52community #storyofmytable #bombesquad #feedfeed #f52grams #thebakefeed #bakefromscratch #makemore #beautifulfood #foodphotography #foodforfoodies #shareyourtable #wherewomencreate #foodphotographyandstyling #theartofslowliving #eatrealfood #heresmyfood #imsomartha #pursueyourpassion #mywilliamssonoma #wsbakeclub #foodtographyschool #glutenfree @thebakefeed @thefeedfeed.baking @thefeedfeed @foodtographyschool @surlatable
View on Instagram |
7/9 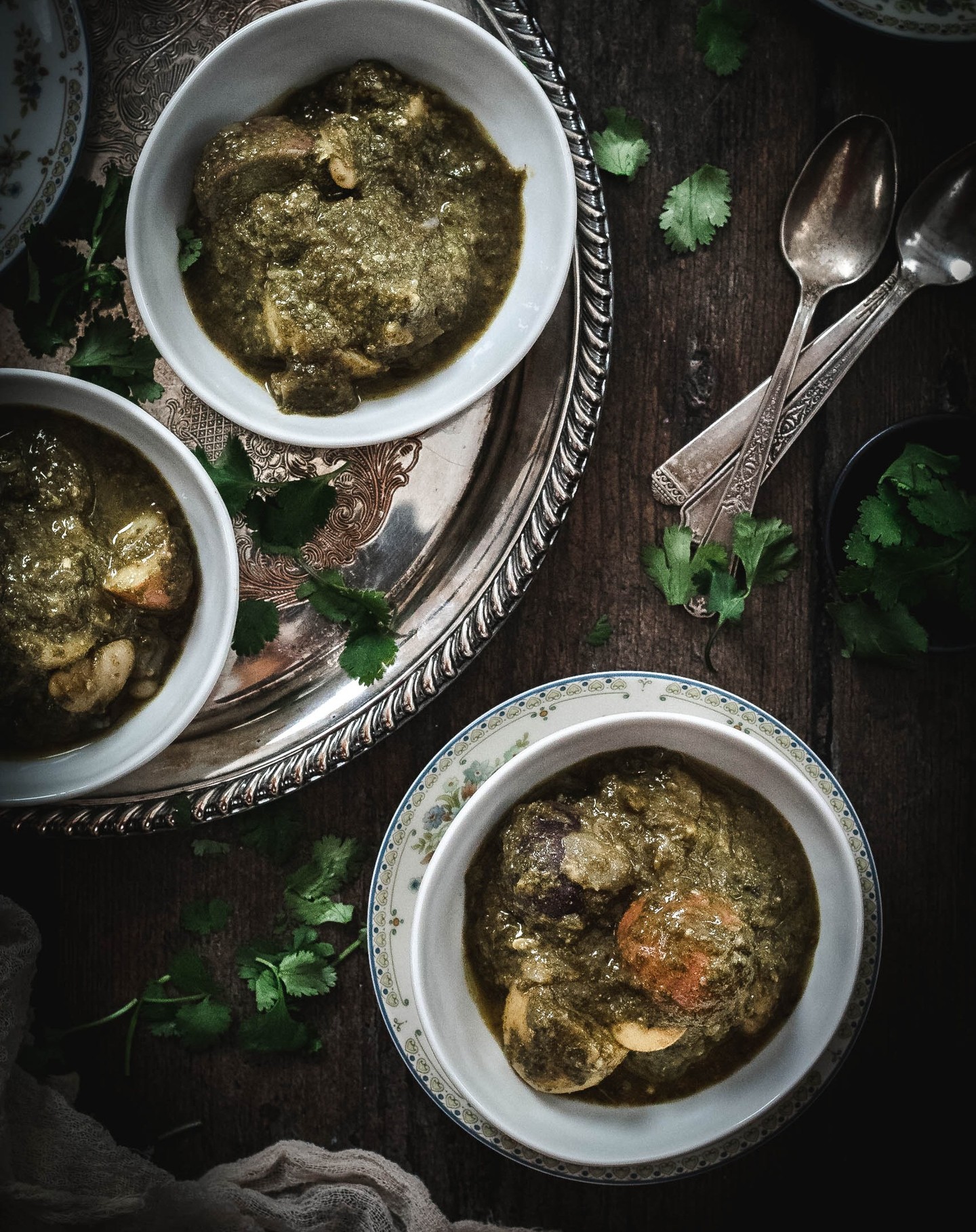 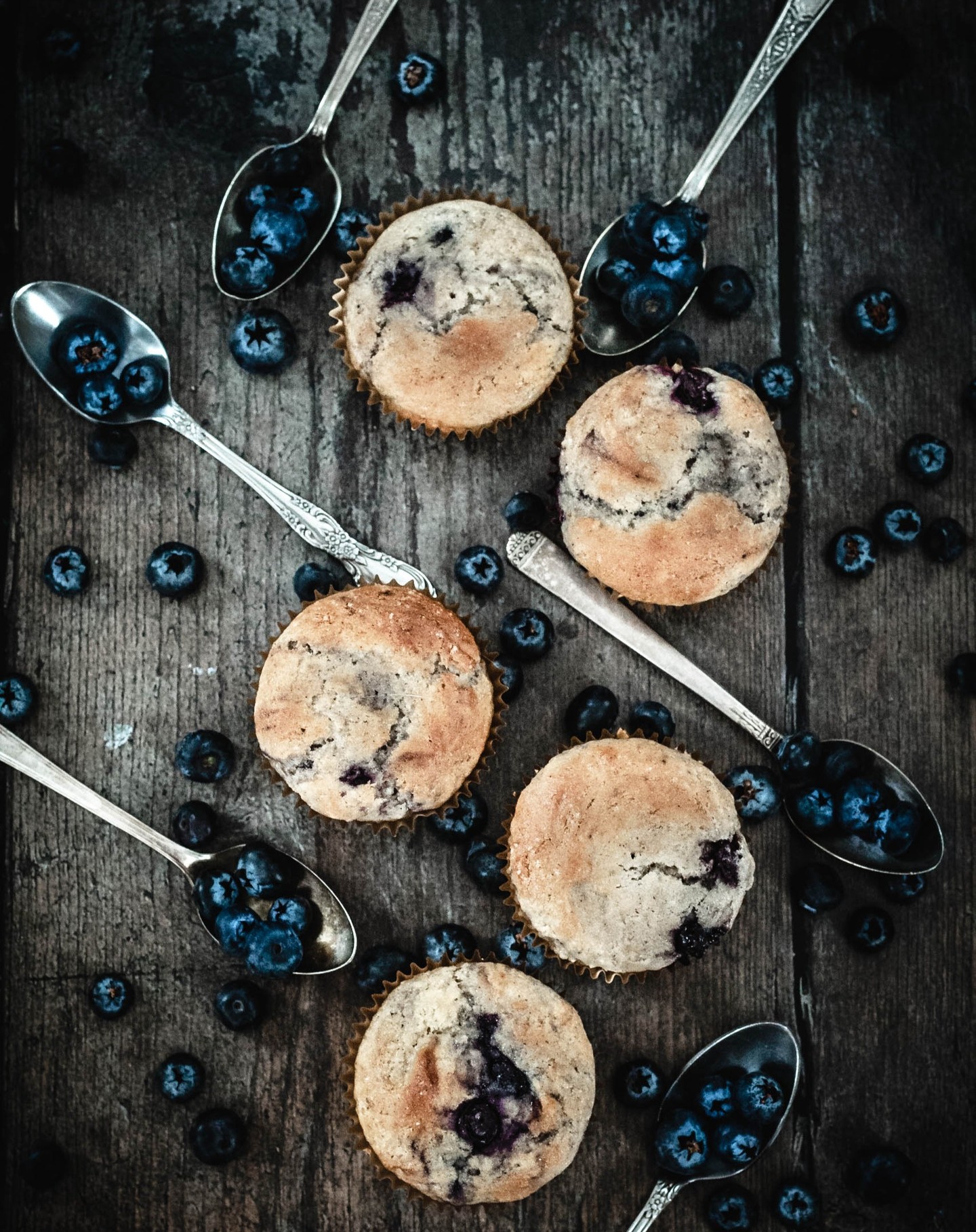 siftrva
•
Follow
I love blueberries. I love them in scones, pie, muffins, and pancakes. Anything with blueberries and I am generally sold. In my gluten-consuming life, I would often grab a coffee and a blueberry muffin on my way to school and or work from Starbucks. This recipe is the closest I have come to replicating the delicious recipe that Starbucks has for their blueberry muffins. Pros to this recipe: it is quick, easy, and super delicious. Cons? There are none! The only issue is that you don't already have some. You can find the link to this recipe in my stories and or in the link to my profile. Happy baking, friends. . . . . . . . . . . . . #siftrva #blueberrymuffins #blueberries #glutenfreebaking #thebiteshot #patisserie #f52community #storyofmytable #bombesquad #feedfeed #f52grams #thebakefeed #bakefromscratch #makemore #beautifulfood #foodphotography #foodforfoodies #shareyourtable #wherewomencreate #foodphotographyandstyling #theartofslowliving #eatrealfood #heresmyfood #imsomartha #pursueyourpassion #mywilliamssonoma #wsbakeclub #foodtographyschool #glutenfree @thebakefeed @thefeedfeed.baking @thefeedfeed @foodtographyschool @surlatable
View on Instagram |
9/9